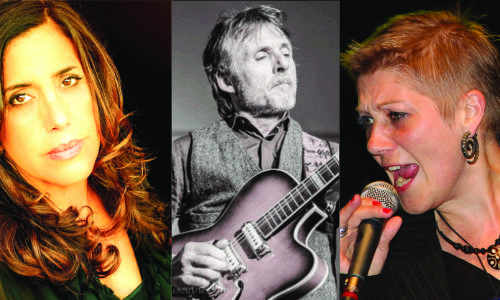 The nominees for the Swiss Blues Award 2020 are known!

The Swiss Blues Award 2020, which traditionally takes place within the framework of the Basel Blues Festival, will take just under six months to be presented. At its meeting in mid-October, the jury of experts nominated the following three artists for their services to the Swiss blues scene:

Lilly Martin, a New York-born singer with Cuban roots, has long been a fixture on the Swiss blues scene.

Then there is the singer Manu Hartmann, who grew up in the Basel area, Swiss Blues Challenge winner 2018 and semi-finalist at the IBC 2019 in Memphis.

And last but not least, Marco Marchi, a Italian guitarist and singer living in Ticino and winner of the first Swiss Blues Challenge 2011, has recovered from his serious illness.

The official announcement of the Swiss Blues Award winner 2020 as well as the festive award ceremony will take place on 15.12.2020, the opening evening of the 21st Blues Festival Basel, in the Volkshaus Basel.